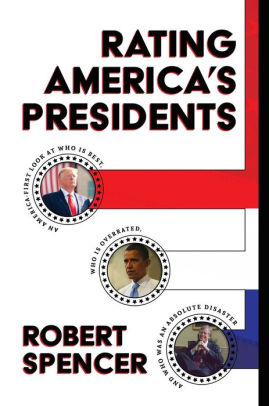 Which presidents were the best for America...and which were the worst?

Most historians of the American presidency—walking in lockstep with today’s hard-Left academic establishment—favor presidents who were big-government statists and globalists. They dislike presidents who lowered taxes, protected American workers, and avoided getting the United States entangled in foreign conflicts that had nothing to do with protecting the American people. It is through that prism that they see all of American history.

It’s time for a change. Nowadays, with socialism massively discredited and internationalism facing more opposition than it has since before World War II, it’s time to reevaluate what the Leftist historians have told us. Donald Trump was elected president pledging to put America First, as any nation’s leader should put his or her own people first. There needs to be an America-First reevaluation of him and his predecessors.

This book, therefore, rates the presidents not on the basis of criteria developed by socialist internationalist historians, but on their fidelity to the United States Constitution and to the powers, and limits to those powers, of the president as delineated by the Founding Fathers. America’s presidents are rated on the extent to which they put America First—not in the sense of a narrow isolationism, but whether they really advanced the interests of the American people.

This upends the conventional wisdom about a great deal of American history and present-day reality, and is intended to do so. This book offers what should be the only criteria for rating the occupants of the White House: were they good for America?