Robert Mara has been a member of Holland Financial’s Investment Team since 2015.  He is their Investment Director and is responsible for managing the various portfolios, which are built based on varying levels of risk tolerance.  Mr. Mara conducts research and analysis on various securities, along with maintaining a close watch on economic metrics and politics across both the national and global theaters to study their impact on markets worldwide.   He writes Holland Financial’s Weekly Market Update, incorporating the latest economic releases with their potential ramifications on the markets both here in the United States and across the globe.

Before joining Holland Financial, Robert Mara opened his own law practice in Daytona Beach on January 1st, 2010.  He was joined by his wife, Wendy Mara, eight months later and relocated their law office to their hometown of Ormond Beach.  Robert primarily assisted debtors through bankruptcy proceedings in Federal Court, but performed creditor work as well for not-for-profit organizations.  He also practiced in the areas of Estate Planning and Probate.  His wife took over their expanding practice, and both Robert & Wendy enjoy spending their free time with their two sons, Robbie and Liam. 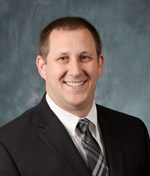